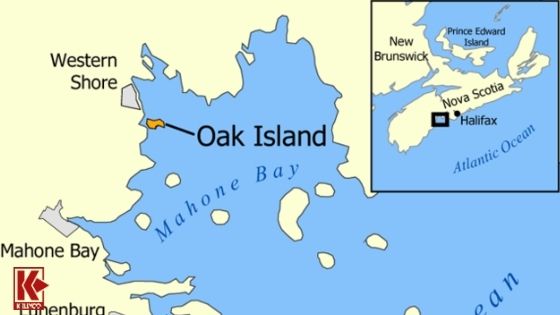 The Curse of Oak Island centers around the Oak Island mystery. Oak Island, Nova Scotia is said to be filled with treasures hidden underneath the ground, waiting to be discovered. Some say it’s pirate treasure, others say it’s the Ark of the Covenant or the Holy Grail. But one thing we know — people won’t stop looking for something down there, despite an alleged curse.

The Curse of Oak Island originated about a century ago, but no one is entirely sure where. The curse says that seven men will die in their quest to unearth whatever the ultimate treasure of Oak Island is. So far, six men have died digging treasure on Oak Island, meaning that, according to legend, there’s only one man left to die until the big treasure is unveiled.

What’s everyone looking for? The thing is, no one is entirely sure. There are a number of theories of what is lurking around Oak Island, most of them rather fantastic. Some say that it’s the treasures of Captain Kidd, Blackbeard, or Sir Francis Drake. Others say that the Cathars or Knights Templar’s treasures ended up there. The treasures of historical giants like Marie Antoinette or William Shakespeare might be buried on the island. Other theories include Aztec gold or Freemason artifacts are other theories about what lies hidden beneath Oak Island.

It was during an early expedition that the legend of treasure underneath Oak Island first came to light. Some 90 feet below the surface there was a stone with a coded inscription. When deciphered, the rock read “ten feet below two million lies buried.”

The island had been a pirate cove for years prior to the discovery of the rock. It was in 1795 that three teenagers found the famed “Money Pit,” a shaft in the ground that was later the center of exploration for gold. Some, however, believe that the two teenage friends who found the Money Pit simply made off with the treasure underneath. Indeed, the three young men, Daniel McGinnis and two friends, all became somewhat mysteriously affluent later in life.

Word of mouth had been going around for a while that there was a treasure (usually, according to legend Captain Kidd) somewhere on the island. But despite the boys’ discovery of the Money Pit, there was no report of any treasure discovery until Daniel McGinnis’ account appeared in print in 1857. 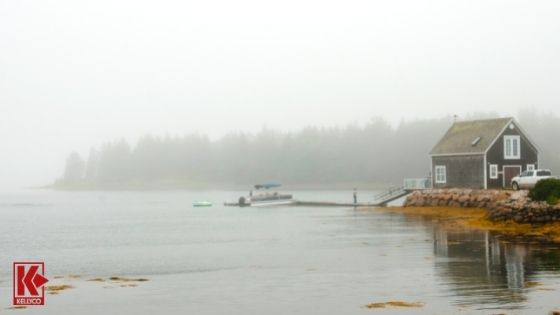 Oak Island in the fog

The first professional excavation took place in 1861 under the auspices of a company called “The Oak Island Association.” This excavation was when the first death took place when a pump engine boiler burst. The second was the Old Gold Salvage group of 1909, which included future President Franklin Delano Roosevelt.

Since then a number of treasure hunters, using more advanced technology to see what’s under. Nothing no pirate gold or Templar gold has turned up so far and five more people dyed in the process.

The island is geologically challenging to explore, leading many to speculate that there are underground tunnels and channels beneath the surface. Flooding and cave-ins are the order of the day when prospecting beneath the island. Some scholars of the island and its history have speculated that there is a Goonies-like system of booby traps to prevent anyone from ever getting their hands on the pirate treasure.

The island has changed ownership several times and nothing terribly groundbreaking has been found. Some of the more noteworthy unearthed objects include a gemstone brooch dating to the 16th century, wooden casks, a Spanish coin from the 1650s, and a 14th-century lead cross. 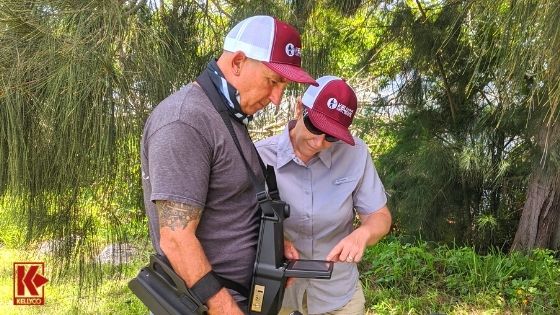 Nowadays Oak Island Tours and The Michigan Group own half the island and organize tourism and produce the television series The Curse of Oak Island.

The Curse of Oak Island documents the search of brothers Marty and Rick Lagina (and formerly their late partner, Dan Blankenship, who spent over 50 years hunting for treasure on the island) as they try to hunt down the treasure on Oak Island as much as they try to unravel the historical mysteries of the island. Some of the equipment used on the show includes Minelab CTX 3030 and SDC 2300 and the OKM eXp 6000 Professional Plus. Although there has been nothing found that is to be considered “the big treasure” so far, with this new advanced and sensitive technology we can only wonder what new exciting discoveries the show will make.

There are very few real mysteries left in the world. Virtually everything can be known in just a few seconds of searching on the internet. Not so with the Oak Island mystery, which provides far more in the way of questions than it does with answers. For those of us who love a good mystery more than we do a firm answer, the Oak Island mystery provides a rare gem of the unknown in a world filled with certainty.