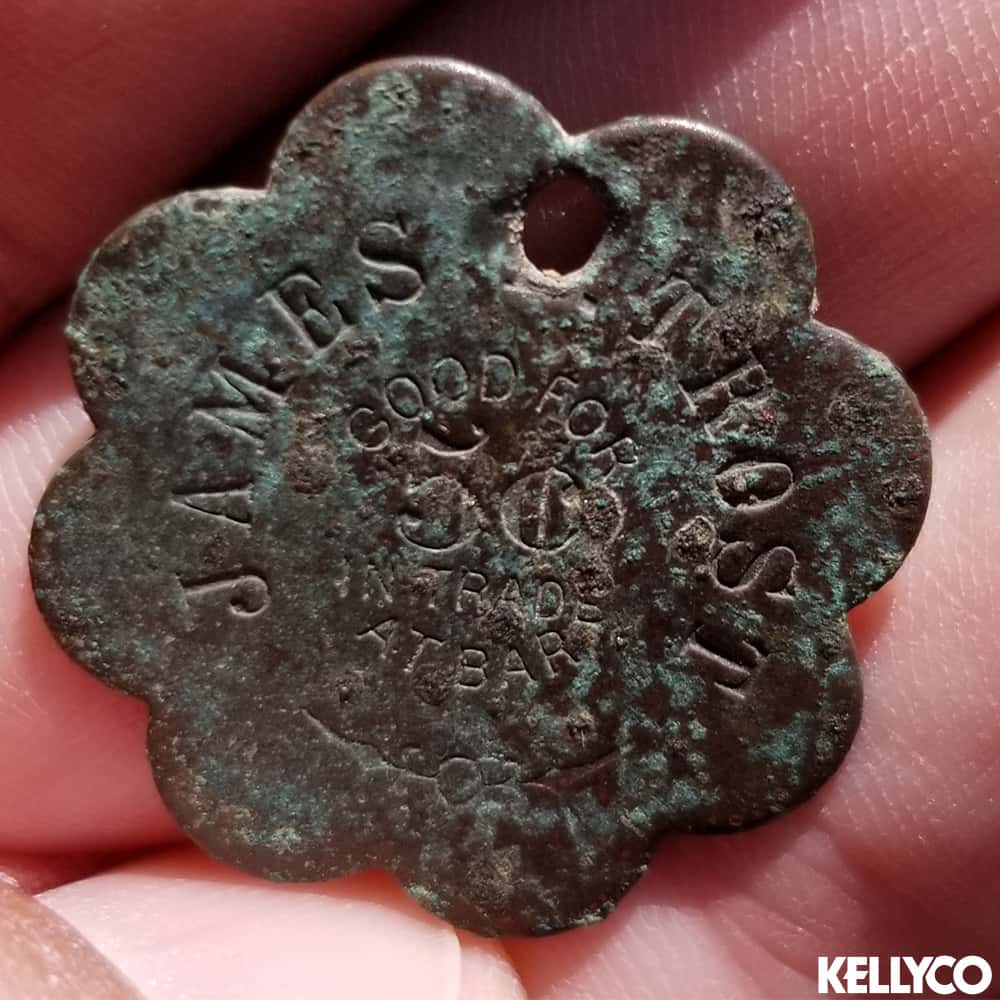 Shortly after I got back into metal detecting, I was at a permission where an over one hundred year old house had burned down. One of my first visits, I found some horse tac and a couple of coins, a wheat penny and a mercury dime. I also found a scalloped round token that I initially thought was an old dog tag. When I inspected it later, I observed that it reads, "James E. Trost. Good for 5c at bar." I started researching online and through a local historical society and discovered that James Trost had immigrated here in the third quarter of the 1800s with his family and was a saloon keeper. Trost, who was a half owner of a bar (Trost and Perrine) between approx 1890 and 1900, later became a Hammond Police officer and court bailiff. The bar was located very close to the original Hammond meat market, which was a significant source of Hammond's growth in its early days. I believe that the trade tokens were minted primarily to target the meat plant workers, and I have not found any other tokens like it, leading me to believe that this is probably the only known example. Trost, a member of the Elks and a candidate in at least two democratic primaries in the early 1900s, was one of the original 3 certified chauffeurs for Hammond's first patrol car in 1910 and was a very popular figure in Hammond's newspapers until his death in 1929. I have found much more information than just that summary, and all of it has been intriguing. One simple token led me to the rediscovery of a lot of long forgotten history and to some insight of a person who had faded into forgotten memory. 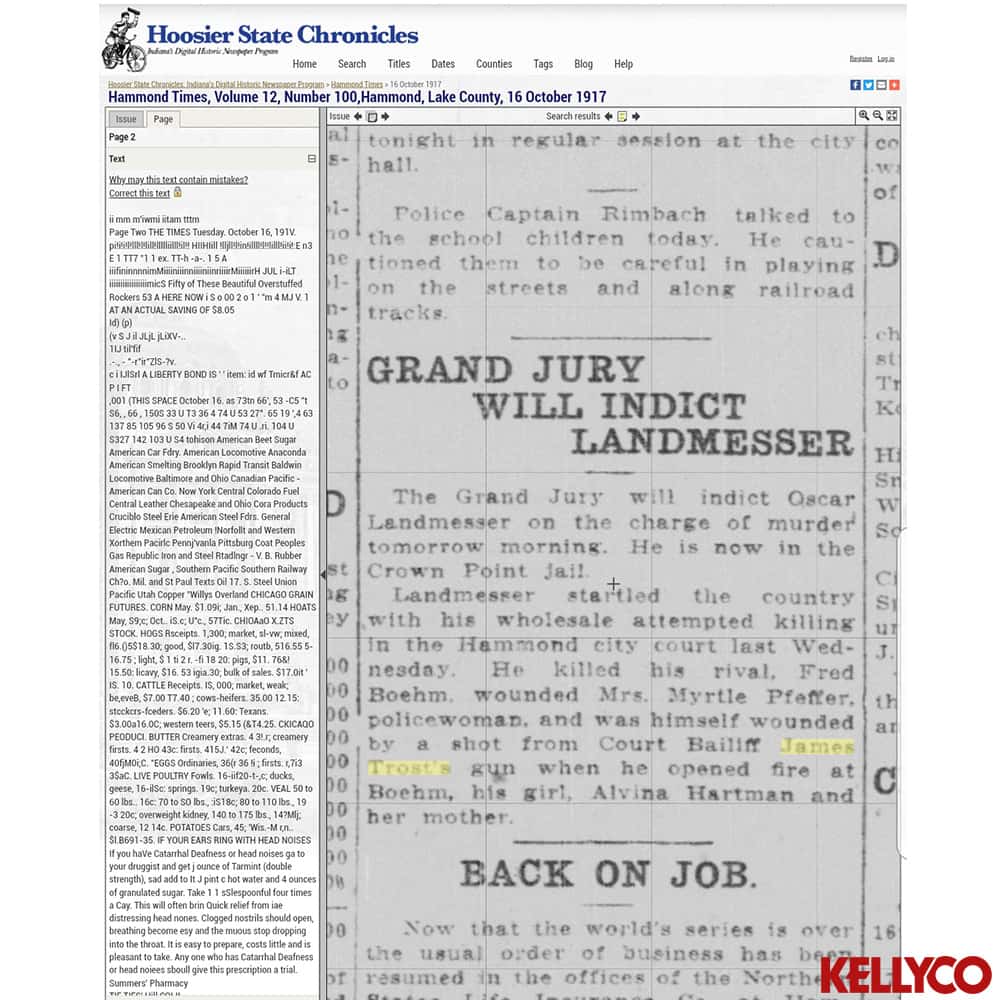 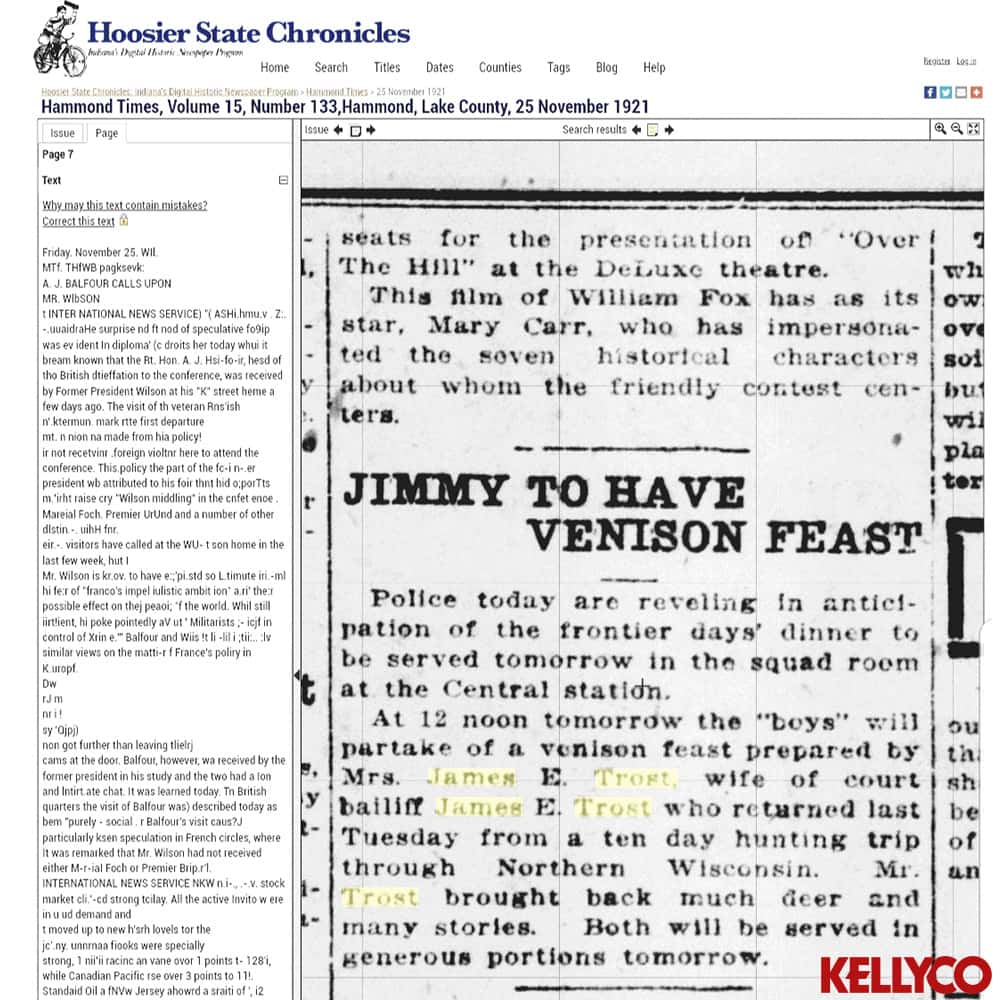 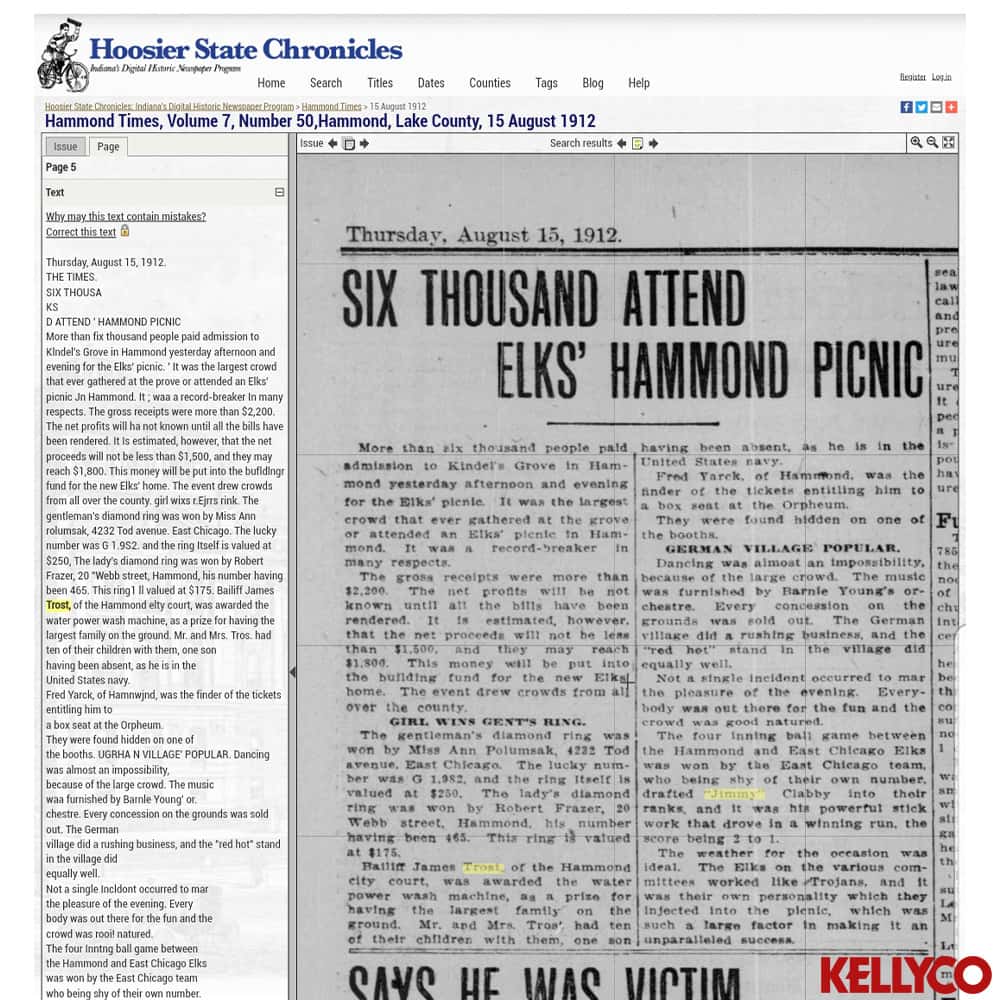